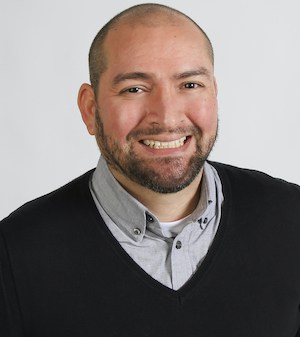 Frank Ayala understands what our clients are going through medically, as well as the challenges they face legally. He has a servant’s heart and is invaluable in helping both our English and Spanish-speaking clients.

Frank spent over a decade as an EMT for the city of Anaheim Fire Department and Emergency Room Trauma Technician for two of the largest EMS receiving facilities in Southern California. As an EMT, he earned several commendations and awards from various fire departments and hospital entities for going above and beyond the call of duty. Frank migrated to Central Florida in 2016 and worked as a global ambassador for Walt Disney as a guest relations host where he received an award for exceptional service.

Frank grew up in Southern California surfing, skating, snowboarding, and playing the bass guitar for various punk and garage bands. He built and restored vintage cars, trucks, Vespas and, Lambretta scooters and paid his way through the Santa Ana College Fire Science program and EMT school. He also earned his certification as a Biomedical Equipment Technician from the Southern California Institute of Technology.

Frank and his wife Jennifer, a Brentwood native, have been married for over ten years. They enjoy traveling to different cities and countries and sampling the local cuisine in search of new flavors and exciting dishes. Frank plays and coaches soccer and is a big fan of the Arsenal Football Club, established in 1886!

In 2020, Frank and Jennifer moved to Tennessee where he transitioned to the legal side of personal injury managing a worker’s compensation and personal injury law firm before joining our team.